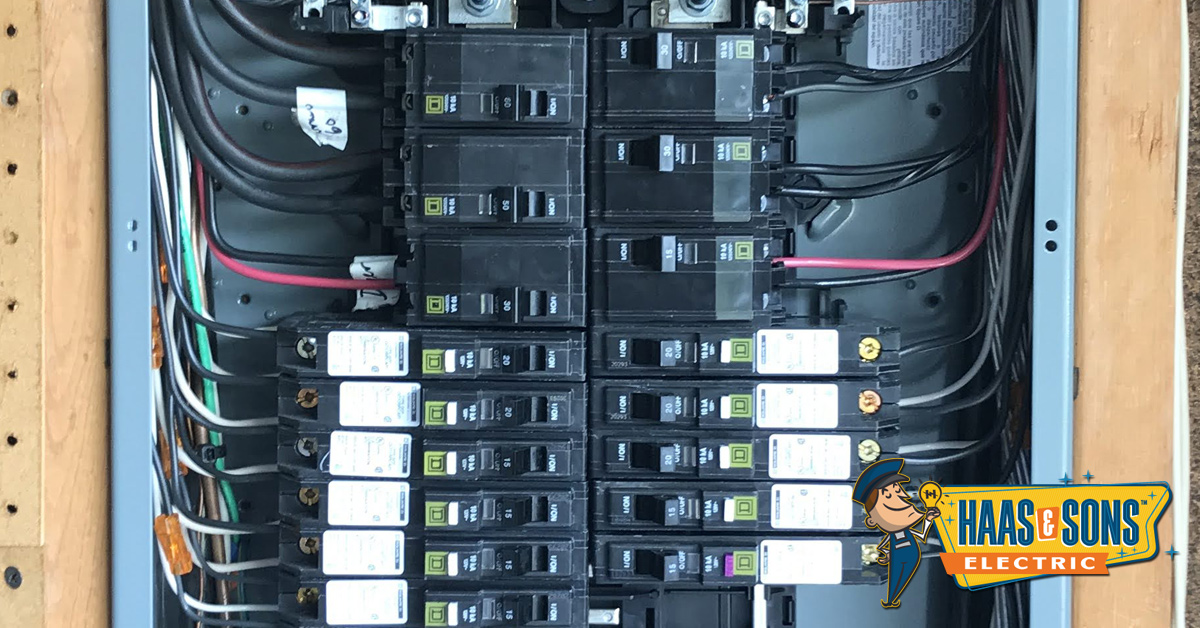 Do you have problems with a circuit breaker tripping?  Have you experienced a scenario like this?

Scenario No. 1: The wife is cooking dinner for the family with the two children upstairs and a husband, just home from work, is doing office work on the computer. Suddenly the power shuts off for half the appliances in the kitchen, including the electric stove the wife is using to cook the meal.

Scenario No. 2: The husband is in the garage using a band saw to cut some wood to use to replace a leg on a table that recently cracked. Suddenly the power shuts off for all the circuits in the garage, including the overhead light. 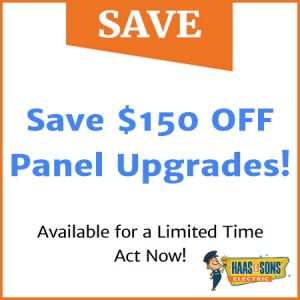 For example, if the breaker is a 20-amp breaker, it is designed to carry continuously only 80% of that. If the devices are pulling 16 amps, after a while it will build up too much heat and the breaker will trip. For example, in the first scenario, the wife might have been running the stove, dishwasher, microwave, and toaster at the same time. This was too big a load and the wife needed to unplug one of the devices.  Or wait until one of the devices –dishwasher perhaps—is through, then use the toaster.

A third reason that the circuit breaker keeps tripping a soon as it is reset is that the breaker is no longer able to carry the load it is designed for and must be replaced. Caution, this is a job for a professional. Remember you are dealing with electricity.  And you are messing with probably your largest financial investment – your home. You want it done right and not have to worry about it again for years to come.

Make sure that the breakers are clearly marked for which circuit they go to—kitchen, living room, garage, bedroom, etc. This will make it easier if the breaker flips at night or in bad weather, and you will know which breaker might be the problem.

Often outlets in the “wet areas” – bathrooms, kitchen, outdoors—will have a button that can be pressed to reset the circuit. For example, if the teenager in the home is using a hairdryer in the bathroom to primp for a date and the circuit is tripped, the homeowner can press the button on the outlet and reset. Frequently primping can continue, but just on another circuit that is not overloaded.

The main breaker controls the flow of electricity into your house. If there is a problem with this breaker, call your electrician immediately.  This is not for the “Harry Handyman,” but for an expert. 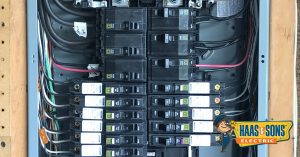 The homeowner needs to be familiar with the basics of what to do if the circuit breaker keeps tripping. Perhaps the home is relatively new and will experience few problems with its electrical systems. However, when the circuit breaker trips after a power outage, he must be prepared. One or more persons in the home should know about how to reset a breaker that has been tripped. Just as important, the homeowner needs to know the obvious line between a job for the homeowner and a job for the professional.

Circuit breakers trip when there is a problem with your electrical system. Sometimes your breaker may be old or worn, and it trips easier than it should. Conventional circuit breakers and fuses are designed to trip when you overuse electricity or there’s a short in the circuit. Different types of circuit breakers protect against certain types of electrical situations. There are also Ground Fault Circuit Interrupts (GFCI breakers, often misnamed RFI breakers) which trip when the circuit becomes grounded, most frequently used around water sources. Lastly, there are Arc Fault Circuit Interrupts (AFCI breakers), which continuously monitor the electric use on the circuit. If they sense bad arcing, they turn the power off, avoiding damages to your home.

How Do You Fix a Breaker That Keeps Tripping?

When your circuit breaker trips repeatedly, it can be fixed in a number of ways, depending on what caused them to trip. First, start by resetting the breaker - turn it off and back on. Next, unplug everything on that circuit and turn all the switches off. Try resetting your circuit breaker. If it holds for a few seconds, then trips again, and/or creates a humming sound, there is likely a short in the circuit. The cause for this is often a motor that is locked up. If, after resetting it, the breaker trips again and has a bit of pop, that would indicate there is what we refer to as a “dead short.” This means the circuit has zero resistance and must be examined and repaired. At this point, we recommend calling in an electrician to track down the issue and repair it properly.

Why Would a Circuit Breaker Keep Tripping?

How Do You Stop a Breaker From Tripping?

To get a breaker to stop tripping, you need to find out why it’s tripping in the first place. Try to unplug everything and turn all the switches off to do the initial level of troubleshooting. If the circuit breaker is holding after that, turn the switches back on, one by one, and finish up by plugging in your appliances back in, one by one. By doing this, you may be able to find the exact cause. If this doesn’t show you where the problem is, you will need to take all the switches and outlets out to trace out where the short is. We strongly recommend calling a licensed electrician to assist with this.

How Do You Know if You Have a Bad Breaker?

Bad breakers often will not reset at all. Other indications are when there is minimal electricity being used and it still trips off. Other times, you might attempt to turn it on and it flops back off like it never clicked into the on position. These are all indicators that your circuit breaker has just gone bad, and you need to replace it.

A Few More Things That Could Indicate That You Have a Bad Circuit Breaker:

Is Your Circuit Overloaded?

In both scenarios we described at the beginning of this article, the homeowner needs to learn what to do if the circuit breaker keeps tripping. He or she must begin by knowing how to check the circuit breaker. If he has not used a circuit breaker before, he must first understand the critical role of this device in a home’s electrical system. The device is designed to trip – or break the circuit – when it is overloaded. The breaker prevents the circuit from being damaged through overuse. What has often caused the breaker to trip is that it is overloaded with too many devices, pulling too many amps. In other words, we’re asking it to do more than it is designed to.

For example, if the breaker is a 20-amp breaker, it’s designed to handle 20 amp of electricity and because of the design of the breakers, they often won't trip until 22 or more amps are being used. It will become too hot after a while, and the breaker will trip. Let’s revisit that first scenario. In the kitchen, we might have been running the stove, dishwasher, microwave, and toaster simultaneously. This load is too large, and we need to unplug one or some devices. Another solution is to wait until one of the machines – the dishwasher perhaps—is finished running, and then use the toaster.

Why does my circuit breaker keep tripping?

There are three main reasons why a circuit breaker will keep tripping:

To learn more or to schedule an appointment with one of our expert electricians, contact Haas & Sons online today.

How do you stop a breaker from tripping?

One of the main reasons why a breaker might keep tripping is because the circuit is overloaded. You can help prevent this from happening by redistributing your electrical devices to different outlets and off the same circuits. You can also turn off devices to reduce the load on the breaker.

Is your breaker still tripping? Contact Haas & Sons online today and one of our licensed electricians will be happy to help.

How do you know if you have a bad breaker?

There are a few things that could indicate that you have a bad circuit breaker:

To schedule an electrician service, contact Haas & Sons online today. We will help pinpoint precisely what is wrong with the breaker and how best to fix it. Trust the experts at Haas for something as important as the electricity in your home.

« Updating Lighting In Your Home