Haas & Sons delivers expert electrical services with the friendliness of your own neighbor! Based in Pasadena, MD, we provide both residential and commercial electrical services in Anne Arundel County, MD, Howard County, MD and the surrounding areas. Read more to see why we’re not just another electrical contractor...We’re Your Neighborhood Electrician! 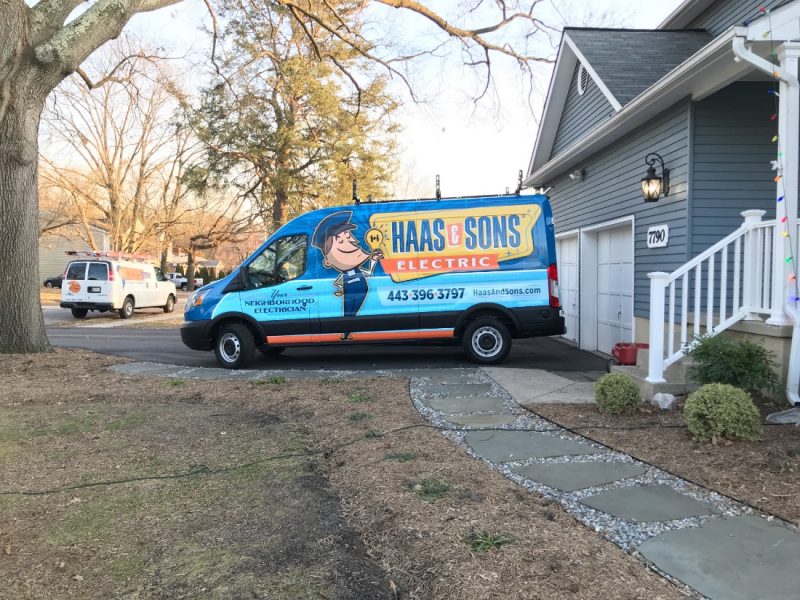 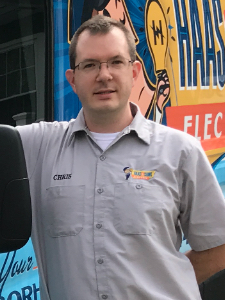 Company owner Chris Haas truly understands the electrical trade. After working as a professional electrician for nearly a decade, Chris decided to further his career by earning his Master Electrician License.

While he worked as an electrician for a larger company, he began to notice the lack of personal connection between customer and provider. This gave Chris an idea: to start his own company that provided fantastic service with a focus on building a personal working relationship with customers. That’s why Haas & Sons supplies the same level of service as the larger, more corporate companies, but with the attitude of your local, friendly neighborhood electrician!

Ask Us About A FREE Electrical Inspection!

We offer a free electrical inspection with every electrical service so you can find any damaged components that may lead to fire hazards or electrical shocks. An inspection helps you solve potential problems now, when they’re small, rather than later!

Whether it’s maintenance, installations or a Heavy Up service on your electrical panel to better meet modern electrical needs, Haas & Sons is your local go-to guy for electrical work.

Haas & Sons In The News

Home Improvements That Are Not Legal To Do Yourself 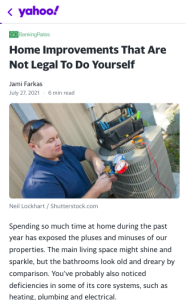 “Some of the worst things and illegal things I have seen homeowners and unlicensed contractors attempt to do is replace their main electrical panel,” said Christopher Haas, the owner of Haas & Sons Electric in Pasadena, Maryland. “This poses many dangers from injuring themselves, the home, and the occupants. … I have seen people unknowingly hook up the ground and power wire backward — reverse of what they should have done — which can cause injury or death to any unsuspecting person or animal that touches the now electrified ground.”

Generator Buying Guide: What You Need to Know 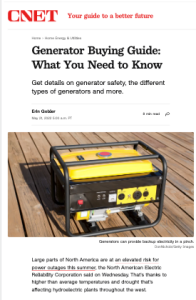 To learn more about the safety considerations of generators, we spoke to Christopher Haas, a licensed master electrician and owner of Haas & Sons Electric.

"Never run the generator in enclosed spaces, as they produce exhaust no different than your car or power tools and, that's not good for anyone due to CO poisoning," Haas said. "Even so, we recommend a portable CO detector to be certain exhaust doesn't find its way to your living quarters. These can be purchased easily online for infrequent use, but I recommend installing CO detectors in your home anyways, so place a wall unit near your garage year-round."

9 Things Electricians Always Do In Their Own Homes 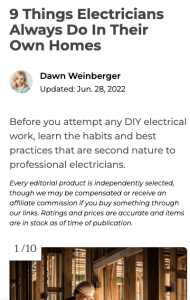 If you ever flip a light switch, plug in a toaster or charge a smartphone, you are handling electricity. And while these tasks are simple and not risky, the reality is, your home’s electrical system is complex and potentially dangerous, says Christopher Haas, owner of Haas & Sons Electric in Maryland.

Electrocution, Haas says, occurs more frequently with 120 volts of electricity — the standard in a home — than any other level of voltage.

“And, unfortunately (home electrocution) claims lives every single year,” Haas says. “So, don’t think of it as ‘just’ 120 volts — think of it as something that could permanently injure you.”

6 of the Best Space Heaters to Buy This Winter, According to Experts 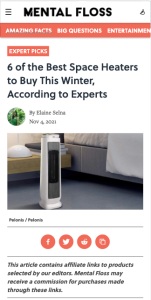 “Those who have problematic heating issues with an isolated room in their house [can benefit from space heaters],” Christopher Haas, a licensed master electrician at Haas & Sons Electric in Pasadena, Maryland, explains to Mental Floss in an email.

“Space heaters typically use less energy than powering your central heating system, but they are not as efficient with that energy use. So, determining what is best for your unique situation will have to be taken into consideration,” Haas says.

Consistently awesome service! Nick is always professional, knowledgeable and personable. I have worked with him on many occasions and I know I can rely on his expertise always. Lisa Severna Park, MD
Electrical wiring repair - residential Mike from Haas and sons was very professional, prompt amd efficient. Our house is old amd we had to replace all of our electrical box connections in the kitchen and bathroom. Mike was very thorough in his diagnosis and up front about the costs and scheduling. $3400 and two days later our electrical problems were solved. No issues since. Kyle Gambrills, MD
Knowledgeable and Helpful Mike was very focused on assessing what my problems were and very patient with me in explaining what was going on. He won my trust and confidence. Deborah Bowie, MD